With no tailpipe greenhouse gas emissions, electric vehicles are a compelling alternative to conventional vehicles. Yet there are several barriers to the widespread adoption of vehicles that run on electricity rather than fossil fuels.

UBC Master of Engineering Leadership (MEL) in Clean Energy Engineering graduate Swathi Bhat would like to break down those barriers. For her Clean Energy Engineering Capstone Project, she worked with a subsidiary of BC Hydro to develop a pragmatic business case for direct current fast-charging (DCFC) stations. This involved identifying ways to improve the profitability of the current business model and addressing a few of the key challenges that prevent consumers from making the shift to electric vehicles. Although DCFC stations currently offer the fastest way to recharge electric vehicles, there are currently only 30 such stations (excluding the seven Tesla Supercharger stations) in British Columbia.

Swathi says that while electric vehicles offer many environmental and social benefits, the lack of access to charging stations and drivers’ range anxiety (concern that they won’t have enough charge to reach their destination) are two of the most significant speedbumps preventing the widespread uptake of electric vehicles. Consumers will not abandon their gas-fuelled cars until electric vehicle charging infrastructure is as ubiquitous as gas stations, making it all the more important to design a compelling and profitable business model for public DCFC stations.

Under the mentorship of Greg Dennis at Powertech Labs, Swathi meticulously investigated the gaps in the current business model that make investing in DCFC stations uneconomical. As part of her analysis, she developed a quantitative business model by extracting real-time electric vehicle infrastructure usage data and then extrapolating this information based on electric vehicle growth projections to estimate the net present value of investment for each active charging station in British Columbia. The numbers confirmed the hypothesis that the current business model is simply not profitable.

Swathi then explored numerous strategies to improve the profitability of the sector, from implementing time-based pricing models and industry best practices to abolishing peak demand charges imposed by the electric utility. These tweaks to the current status quo, she shows, would ensure the profitability of DCFC stations in urban areas, with a typical investment payback period of less than 10 years.

However, it’s a different story in non-urban areas. As Swathi states in her report, “despite the implementation of profitability measures, the net present value of investment in DCFCs located in non-urban regions is still negative. Yet, it is crucial to provide access to DCFCs at remote locations to reduce driver range anxiety. Therefore, governmental intervention is critical to support the growth of the new industry via financial assistance in purchasing and installing the DCFC equipment until there are a sufficient number of EVs [electric vehicles] on the road for these stations to be profitable.”

Her report concludes with a series of realistic recommendations to stakeholders (including the BC Utilities Commission, municipalities, BC Hydro and electric vehicle manufacturers), as well as a summary of risks to her proposed business model and possible mitigation measures.

Swathi has presented her findings to a range of stakeholders and hopes that many of the recommendations will be taken forward.

She is not new to electrification of the transportation sector. Before moving to Vancouver to complete the MEL, Swathi spent three-and-a-half years based out of India and the UK working as an electrical design engineer on railway infrastructure projects valued at $34 billion. And in the summer of 2017, she worked with the City of Vancouver as a UBC Greenest City Scholar to determine the effectiveness of current electric vehicle infrastructure policies.

“Given my passionate belief in the importance of decarbonizing the power grid and promoting the value of electrification, it was exciting and rewarding to work on a project that seeks innovative ways to make it easier for people to choose electrical vehicles.”

She says that the MEL program’s integration of business and technical skills has empowered her to make increasingly valuable contributions to projects and employers. “The capstone project was a fantastic opportunity for me to apply everything I had learned in finance and accounting, strategy and innovation, and sustainability and leadership to solve a tangible problem in an exciting new industry — ultimately contributing to the important societal shift away from carbon fuels that is currently underway.”

Subscribe to receive information about our programs and upcoming events. 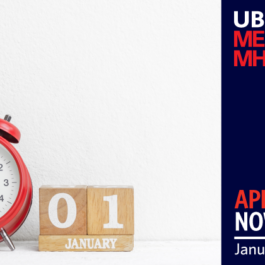 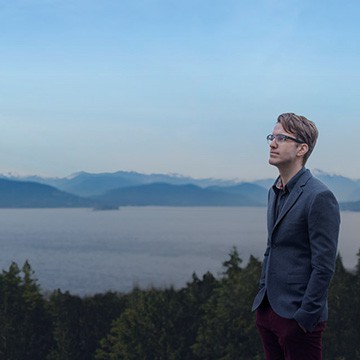 Subscribe to receive information about our programs and upcoming events.